“Docker is a set of platform-as-a-service (PaaS) products that use OS-level virtualization to deliver software in packages called containers. Containers are isolated from one another and bundle their own software, libraries and configuration files; they can communicate with each other through well-defined channels. All containers are run by a single operating-system kernel and are thus more lightweight than virtual machines. The service has both free and premium tiers. The software that hosts…” Continue reading on Wikipedia 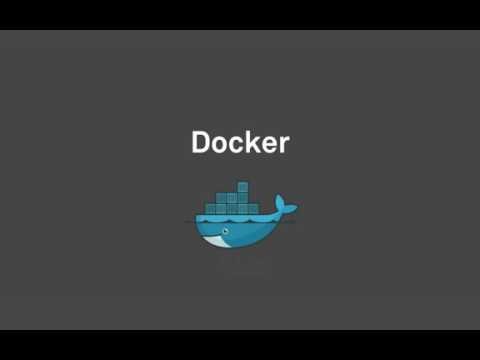 Docker is available for Windows, Mac, and Linux. Download the appropriate Docker Edition for your platform directly from Docker. We suggest the CE “Community Edition.”

There are thousands of pre-built containers already available for common use cases. If you need a web server, a database instance, or portions of a genomics pipeline, there is probably a container ready for you to use.

Here are some good places to search for container images or docker files.

If you have found a container you would like to try, download it (using the nginx web server as an example):

View a list of all container images you have pulled:

This runs the container as a daemon (service). But you may want to expose the container to a specific port locally, so that you can interact with it. For example, if you wanted to expose nginx locally over port 80, enter this:

Another useful flag for runtime is a volume mapping, so that your running container can read or write to portions of your local computer’s filesystem. So, extending the earlier command:

You can also run containers interactively (i.e. logging in) instead of running as a service. This allows you to explore the structure, features, or configuration of a container, or modify how it works:

This runs the container interactively (-i) in a pseudo-TTY (-t), and instantiates a shell for your session to use. Once you are done, simply exit the shell and you will leave the container and return to your local computer’s shell. If you have made any changes to the container, be sure to save it using docker commit (see here for more info).

If you cannot find just the right container, you can always build your own. There are two ways to do this:

Docker Training - Docker documents this process in great detail, and provides a step-by-step overview of their container system.

Katacoda Interactive Labs - Katacoda offers a free series of interactive trainings that build sequentially. The tutorials require you to engage with the Docker command-line as you progress.