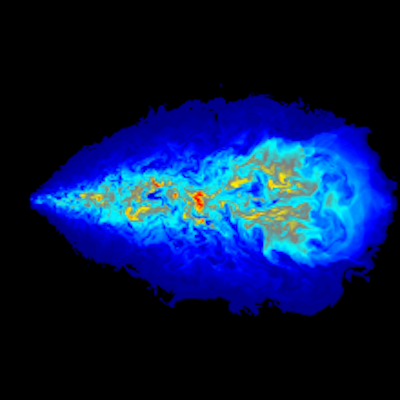 Some galaxies have an extremely energetic central region known as an Active Galactic Nucleus. These regions are among the brightest objects in the universe, often outshining all of the stars in their home galaxy combined. In at least some cases, the power source at the center of these extraordinary nuclei is actually a black hole; as gases are drawn toward the black hole, they spiral around it, generating gravitational energy that is converted into heat and electromagnetic waves. A simulation created by Prof. John Hawley (CLAS) with collaborators from Johns Hopkins University reveals this process at an unprecedented level of detail. By allowing researchers to better understand the complex dynamics surrounding black holes, the simulation sheds new light on some of the universe’s brightest—and most mysterious—features.